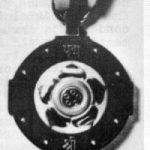 Dr. Raman Kapur is a renowned Medical Acupuncturist, widely recognized for developing the practice of scientific Acupuncture in India and curing many patients suffering from intractable diseases.  He is the recipient of the first “PADMA SHRI” in Medical Acupuncture awarded by the Hon’ble President of India Smt. Pratibha Patil, on 5th May, 2008.

ical Practice’, and ‘ Acupuncture – Cure for Common Diseases’.  The first two books were released by Hon’ble Ex. President of India,

Dr. S.D.Sharma and the third book was released by Smt. Sonia Gandhi.  Recently the Hindi Edition of the book “Acupuncutre- Cure for Common Diseases” was released by the Hon’ble Ex Chief Minister of Delhi, Smt. Sheila Dixit

cupuncture Specialist for the year 2007.

Dr. Kapur has also had the honour of treating First Lady of India, Smt. Vimla Sharma and Past President Dr. K.R.Narayanan and his wife Mrs. Usha Narayanan.

His paper on “Role of Acupuncture in treatment of Hyptertension and Cardio Vascular diseases” at annual symposium of American Academy of  medical acupuncture of San Diego, U.S.A., was very well appreciated.  He is also the member of this Academy.

He is being ably assisted by his wife, Dr. Sunita Kapur who also practices acupuncture alongwith him.  Dr. Kapur’s interviews on Acupuncture have appeared in All National Dailies and also in News Magazines and Doordarshan.

In view of the growing demand amongst doctors for learning acupuncture, he alongwith his wife Dr. Sunita Kapur have developed an online course on Acupuncture and this course was  conducted in collaboration with the INDIRA GANDHI NATIONAL OPEN UNIVERSITY . Details of this course are available on our website:-  www.icanm.com or www.acupuncturecourses.in